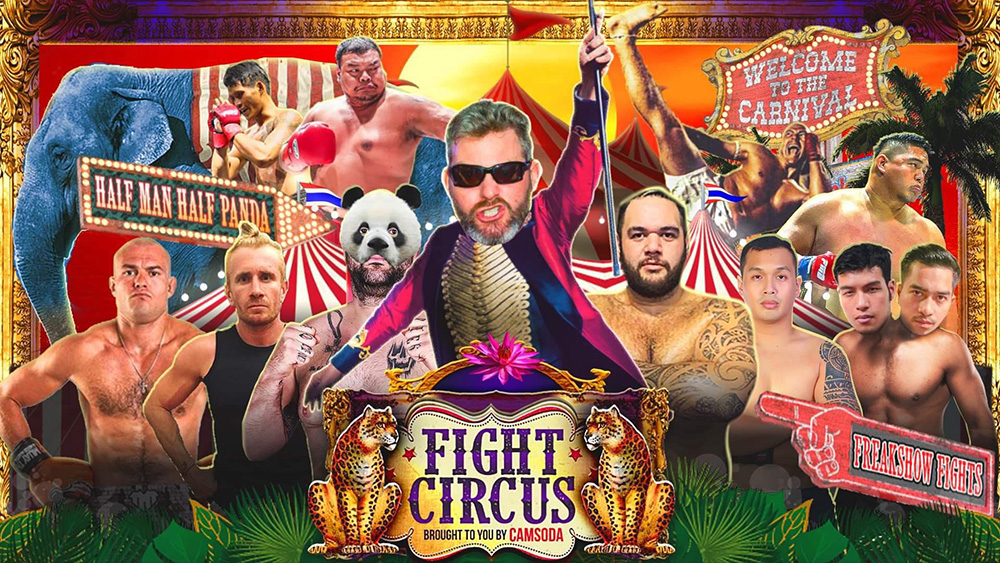 Aug 22, 2020 – announced today that it is re-entering the combat sports world with Fight Circus, the fights you have always wanted to see, on August 22 in Thailand. The card includes matchups such as an openweight MMA bout between a super-heavyweight and middleweight; two inexperienced brothers against one experienced fighter; two best friends against a mma fighter, two bare knuckle fights with head butts, one, a woman’s fight and another a men’s fight, and a bantamweight muay thai coach against a heavyweight boxer in a boxing match.

The event will be completely free to watch and streamed at fightcircus.com. Donations will be collected throughout the stream to go towards COVID relief. The main event of the evening will be a super heavyweight muay thai bout between former WBC Super Heavyweight World Champion Steven Banks and 300 plus pound Australian Sam Cassidy.
“Even if you’re not a fan of boxing or MMA, most people have probably wondered if they could take on someone a bit bigger than they are or if one badass fighter could beat up two people. Fight Circus is all about taking these fights that you have always wanted to see and thought you never actually would and giving them to the world,” said Daryn Parker, VP, CamSoda. “We’re especially happy to be able to bring a charitable component to the event. Throughout the fights fans will have the opportunity to make donations towards charity.”

Fight Circus is the spiritual successor to CamSoda Legends, the webcam platform's first foray into the fight world in 2018 with a mixed martial arts card headlined by former UFC Heavyweight Champion Ricco Rodriguez. The event was the first time fans were able to directly interact with fighters in real-time, giving them the ability to determine bonus money and provide extra incentive for the fighters as they watched on the livestream.


Fight Circus, presented by CamSoda, will begin streaming at 10 p.m. ET on Saturday, August 22. For more information go to FightCircus.com.

See the wildest MMA fights in the world! FightCircus.com.